Times like this call for some quality music but don’t you worry! Richard Jellinek is back once again with a killer beat and fitting lyrics. His only goal right now is to inspire the world with the help of his euphonious songs. Unlike most other musicians of our time, his music gives some kind electricity that goes down the veins of the listener and engraves a brand-new motivation in them. The Polish musician has written songs previously that let his inner motivator shine through but this time around, he took a different route. Rather than creating a fiction, he decided to go for reality and chose to write about a real person with a real story so that regular people like you and me can relate. With “Tyson Fury Gypsy King”, Richard wanted to let his audience know that even people like Tyson get distressed but if they can return from it so can us. It may be the story of this one boxer but it reflects the struggles almost everyone has to tackle at least once in their life. 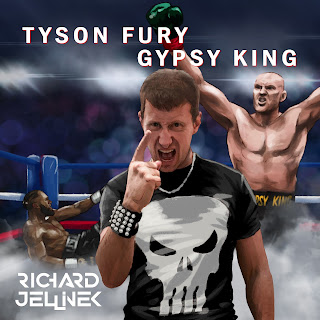 Now, if you have been living under a rock and don’t know who Tyson Fury is, let us introduce you with the undefeated boxing champion and an inspiration for many inside and outside the ring. The British boxer has won himself the title of world champion, not once but twice! First, when he defeated Wladmir Klitschko in 2015 and later when he won against world champion Deontay Wilder in 2020. Fury’s life wasn’t always a smooth ride. Like most of all, he has been through his fair share of ups and downs. Jellinek’s latest song honors the person that he has become now after years of suffering.

Fury used to be considered an indisputable and indestructible champion. Every time he stepped into that prize ring, people in the front seat could sense his wrath however, he always lit the space up with some good old light hearted jokes. He knew how to take things easy but at same time could make the opposition’s blood run cold with a single glare. Everything seemed to work out just the way he wanted until he got trapped in an endless pool of depression and anxiety. It made him give up on his one true passion, lost control and began to stress eat. The former champ was drinking day and night with no stopping. He gained several pounds of weight until he could not fight anymore. There were times in his life where he just wanted to quit everything and commit suicide but God had bigger and better plans for him. One day, he decided to give life another chance. With the help of his friends, family and the faith that he carried in his heart, Tyson was able to pull himself out of the dungeon on darkness and come back to the light. He BECAME the light when he started working out non-stop until he could lose all the unwanted weight. The man lost 60kgs within weeks and tossed all his bad habits in a bin far, far away. When he decided that he is finally ready to make his return, all he could get was people booing at him but he was determined and what everybody thought about him wasn’t going to stop him. The once world champion came to claim his throne back when he hopped on that ring to battle against Wilder. That was the moment; he channeled his inner victor and made it evident that he is the true GYPSY KING in that arena. The two-time world champion was born a fighter. He was born prematurely and died 3 times right after birth. Doctors gave him only 1% chance of survival and he made it! How could a man like him quit later in life?

That is not the only reason why Richard wants his audience to take inspiration from this famous fighter. After going through years and years of depression and stress, Fury has become huge supporter of mental health. He has witnessed what a disturbed mind can do to one first hand and now that he is back to himself, he doesn’t want people like him going down the same path as him. Tyson is very open about his issues now and believes in normalizing mental health issues. He wants to show the world that behind the mask of a celebrity boxer, he is also a human with feelings and emotions. He has become a mental health ambassador so that he can help people that are going through the phase that he once did. 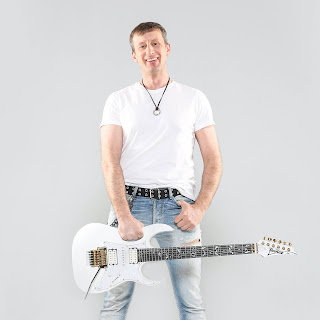 It is not like you need to be a ringster to relate to Tyson’s story. Whatever life choices you might have made, his story can be used as a reminder that even the best of us struggle sometimes. It is easy to fall into that deep dark hole of depression but it takes a human with great courage and will power to pull themselves out of there. For Fury, people that are close to him and God became a lightning rod in those tough times. So there’s a chance if you are struggling there’s something like that out there for you as well. His story enables others like him to find their very own sources of light. Richard sees Tyson as an ideal role model and why wouldn’t he? He is the best example of someone who has fallen down from the top and rose again even when nobody had faith in him.  Here’s a fragment from the song that highlights a lesson from Tyson’s story “If you fell, just get up again! – Keep your faith, work hard and pray – Fight for your future and family – Follow your dreams, be like the king”. What a wonderful verse! It is okay to fall, getting up again for the sake of yourself and your family is the real deal here. All you need to leave that darkness behind is faith in God and belief in yourself! With that, you can conquer the world!

Fury’s story can be a lesson of lifetime which sums up why Richard Jellinek decided to dedicate his latest release in his name. The beat of the song can make up for an outstanding boxing match kick-off or for the introduction of the virtuoso. The amalgamation of “The Eye of the Tiger” from AC/DC version with a hint of modern rock certainly helps to amplify the energy of the music. This one sure deserves a top spot in playlist for those down days!