Do you love music as much as we do? Learn more about this musician straight out of the stunning city of Warsaw, Poland and be prepared to become a part of his fandom! 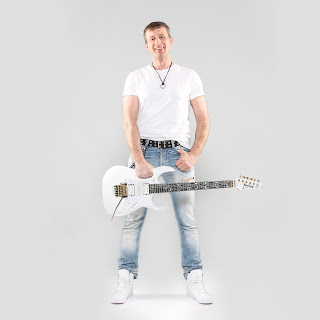 Richard Jellinek, A guitarist, song writer and music producer whose top most goal is to revolutionize the typical perception of rock music of this decade. The man wants to eliminate the stigma that is attached to the rock of today. He went on a break for over a decade in order to focus on other aspects of his life but could not leave his true passion behind which is making unique and innovative music. His creativity really comes in handy for him when he is writing new songs. He has released four singles so far ‘Endless Dreams’, ‘Spring that Never Came’, ‘Wake Up’ and ‘Alternative Love’ and each one of them better than the other. He never fails to impress his audience with his tasteful and insightful melody and the rare style. Listening to a Richard jellinek song makes you travel back in the time to the era of the good old 80s but it is like you can still peak through a window to get a glimpse of today, do you get it? It just is a right blend of 3 decades in one; the 80s, 90s and the current one. The good news is that you do not really have to be a rock fanatic to be into Richard’s music because as we mentioned before, it has nothing in common with the typical perception of that kind of songs. The young musician is in this for a change. He creates music that is emotional and can touch one’s heart and soul. Also, he writes about stories that can change anyone’s point of view of life and most importantly, his goal is to inspire people with his songs and give them the hope we are all looking for, especially in these times of chaos and disease. However if you are looking for loud and party type songs, you might want to sit this one out. Richard’s music is calm and phenomenal in the most relaxing way possible! 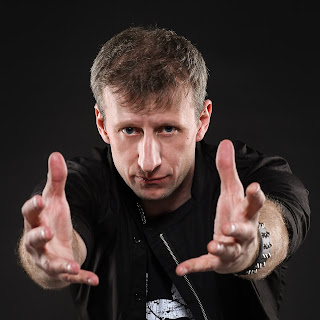 Jellinek’s writing makes the listener feel heard of. He makes them feel like he understands and tells stories that most people can relate to. His song ‘Wake Up’ is so inspiring that when you listen to it, you get this urge to make your life better and shoot your shots to unlock a newer and stronger version of yourself. This song is all about getting your hopes back up and understanding the fact that even though times can be tough sometimes, there’s always light at the end of the tunnel and we can certainly get to it with our efforts. How inspirational, right? While ‘Wake Up’ serves a motivational purpose, ‘Spring that Never Came’ is more of a sad melodious story. Two lovebirds that had a magical winter together but fate made them fall apart before their spring could come. This song is so emotional; it may easily make a stonehearted person sob. ‘Alternative Love’ is also a story but it is much unique and intellectual. It is a story of two friends from back when they were little, they knew they liked each other but their shyness got to them and then life took them on different roads. Now all that regret has piled up and making them wonder if there is a parallel universe or an alternative reality where they can be together, living a happy life. Last but certainly not least, ‘Endless Dreams’ is a catchy song about dreams. With this one, Richard is trying to give a message that your dreams are endless. Even if you cannot have the things you want with life in real life, you can have them in your dreams. That idea is so beautiful and heart touching! It is clear by now that the European musician has thoughtfully curated every single lyrics in these songs and have created melodies that are one of the best ones of our time.

The musician behind the song ‘Wake Up’ does not only play guitar; he plays multiple other instruments as well, although guitar still remains his most preferred one out of all. He loves to travel around the world and get inspiration for making new and unique music. With that, travelling lets him try out rare cuisines from around the globe which is one of his most favorite things to do ever. Yes, he is a real foodie and honestly, who cannot relate?

Richard Jellinek is everything but a quitter, he loves to stay inspired and motivated so that he transfer the same kind of energy to other people through his music. He is a real dreamer and a goal setter. He sets goals for himself and no matter how many fences he has to jump over, he strives every day with utmost courage and power to achieve those goals. A known fact about him is that along with being a maestro, he is also marketing mastermind. He wrote his very first book in 2017 called ‘The Three Pillars of Marketing’ to school people about the marketing strategies that he as an expert approves of. He has helped several famous brands with their marketing in the past but that has never distracted him from pursuing his true zeal which is obviously creating heartfelt, emotional and inspiring music.

You have read about his song but that sure made you wonder when he is going to release an entire album. Well, it has always been biggest dreams. The best part, you may ask? He is not too far off from turning that dream into a reality. In fact, his new LP is going to come out earlier this June and it certainly will be the jam of this summer. So, keep an eye out for that and be one of the very first ones to get to it.

Subscribe to his YouTube channel with the link down below and listen to the amazing numbers he has released so far.